These works were concerned with combining ways of taking in information, moving images in dialogue with stills, sculpture with text, text with other text.
Future, film to side to film loop narrative of boy and his environment. The physical film moved around the installation area, powered by the projector, through a series of pullies towards the back of the lectern where it powers a revolving sun and moon along with synchronized dimming lamp mounted in its base. The text was a mismash of what I had been reading. 1991
Titled/Untitled combines and animated film-loop of someone entering a house while his mailman delivers the mail. This 16mm fim-loop is cast in combination with a slide projector, a series of still images of houses. 1989 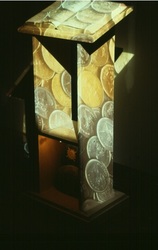 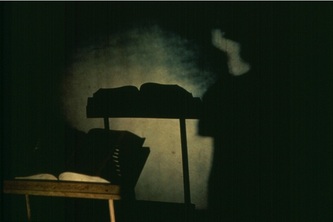 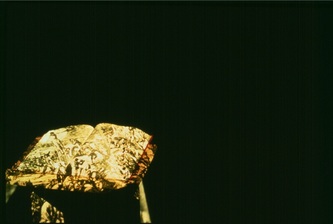 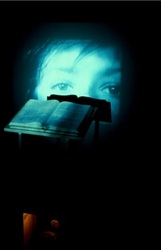 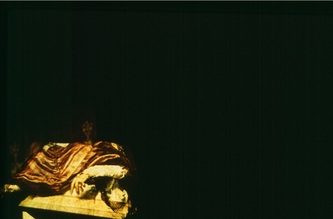 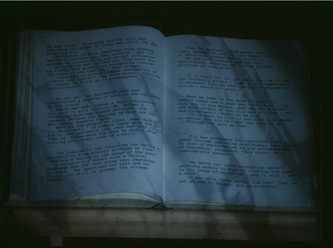 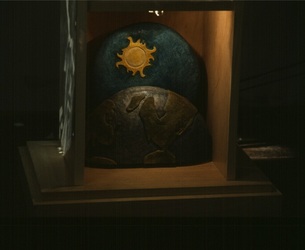 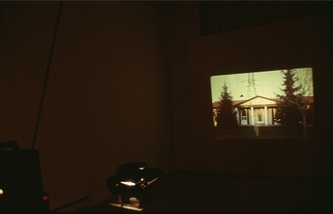